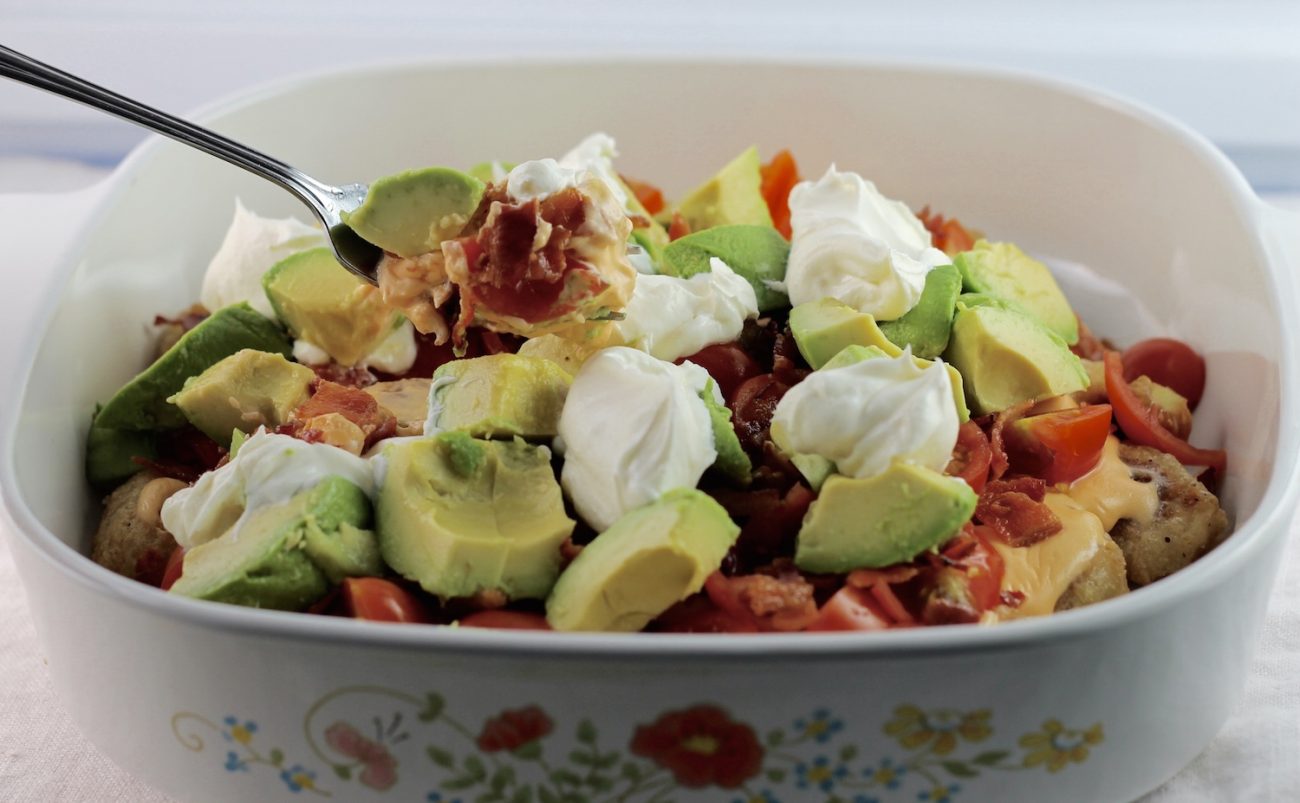 Okay, that’s a complicated recipe name. But every syllable has a significant meaning! Caulitotchos are nachos made with “tater” tots that are made with cauliflower instead of potatoes!

You have, of course, had Nachos before. Those are just tortilla chips with cheese, sausage, salsa, avocados, sour cream, etc. piled on top.

Tachos are the newest incarnation of Nachos. They are just the same, but the base is made with Tater Tots instead of tortilla chips.

This recipe takes Tachos a step further. Instead of Tater Tots, I use Cauliflower Tots!

Yes, those are a real thing. Green Giant came up with them and you can find them in the freezer section of large supermarkets. They are just like Tater Tots but are made with cauliflower, which makes them low carb!

You can top your Caulitatchos with anything you’d like. I used a cheese sauce, bacon, chopped tomatoes, avocados, and sour cream. They are nummy.

Tips for the best Caulitotchos: