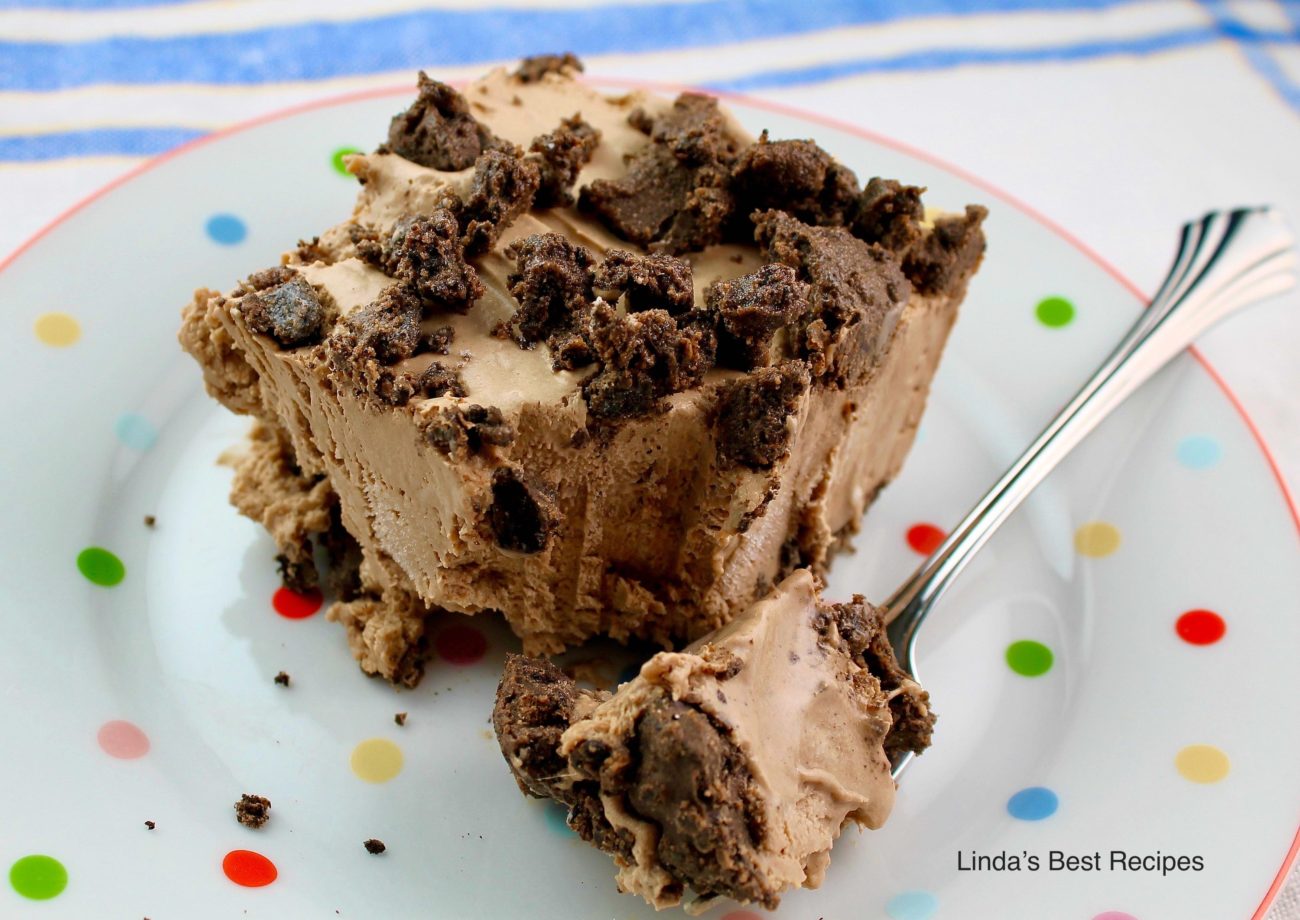 This recipe for Chocolate Velvet Freeze is a combination of several I found in old church cookbooks (which, by the way, are the best sources for excellent recipe ideas – those women really knew how to cook back in the day). The recipe is kind of old-fashioned, and it’s perfect for a hot summer day.

The texture of this dessert really is like chocolate velvet. The combination of cream cheese with hot fudge sauce and whipping cream is absolutely superb. This dessert serves a crowd and it’s perfect for entertaining because it is made ahead of time and you can’t cut giant pieces because it’s so rich. And because this isn’t ice cream, but a pudding, it won’t melt into a puddle when it’s left at room temperature for some time.

The original version of this dessert used a can of chocolate syrup. While that was a good choice for a first try, I have never really liked that product. It tastes too thin, isn’t chocolaty enough, and the texture is too watery. So the new and improved version uses a jar of hot fudge sauce. And I increased the cocoa powder amount.

Take this Chocolate Velvet Freeze out of the freezer about 10 to 15 minutes before you want to cut it. And sit back and enjoy the praise.