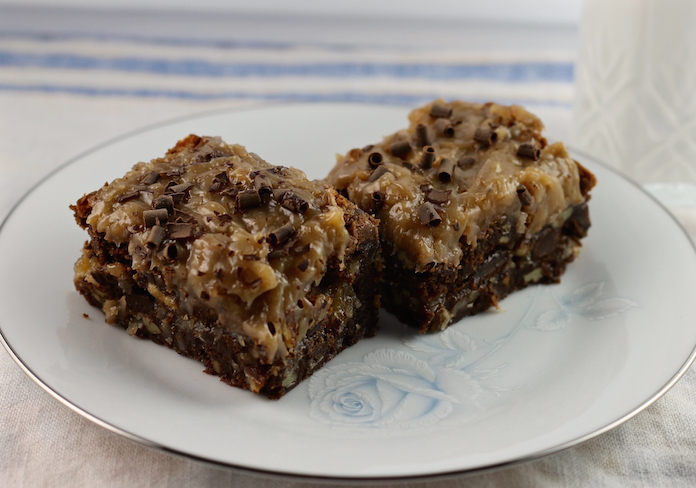 Chewy and creamy brownies are topped with a sweet broiled coconut and nut topping for the perfect treat.

“Lazy Daisy” is a term used to describe a type of frosting that is easy to make, and therefore considered “lazy” by some folks. Of course, baking anything from scratch could never be considered lazy, no matter who you are. The frosting is simply mixed and spread on the cake, then broiled. That’s less work? I think not. This recipe for Lazy Daisy Brownies is delicious.

Lazy Daisy frosting is more like a sticky topping than a frosting. It melts into these brownies, helping them keep their creamy consistency. And the coconut, nuts, and cream in the topping is a simply sublime combination.

The brownies, too, are special, because the sugar is melted into the butter mixture over low heat before the eggs and flour are added. This ensures that the brownies will be velvety smooth, with no sugar crystals.

All in all, this is one of the best brownie recipes ever. Make it for a cookie tray for the holidays, or for a bake sale at your child’s school. Wherever you serve it this recipe will be a hit.

Why this recipe for Lazy Daisy Brownies works: