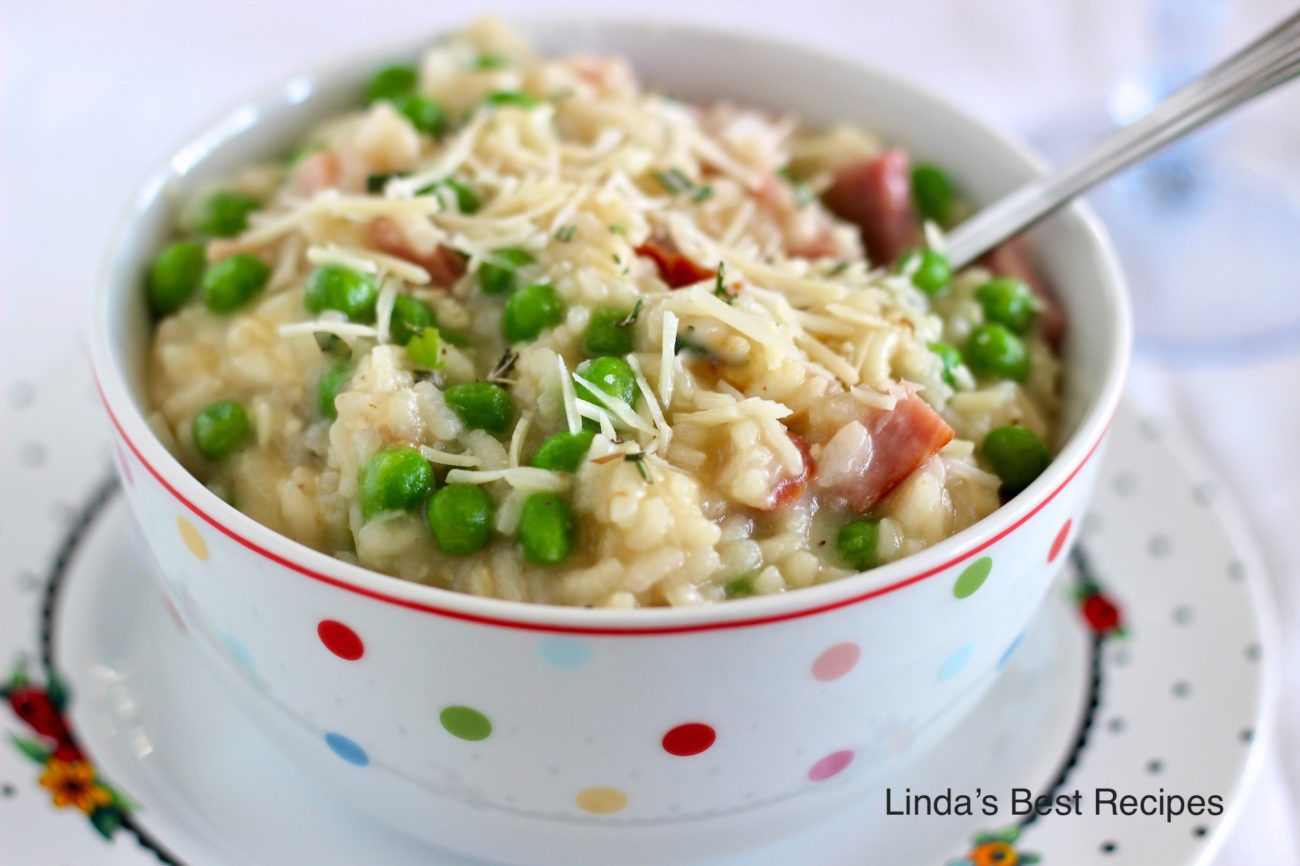 I came late to risotto. In the small town where I grew up, pesto was considered exotic. The Italian restaurants offered pizza and spaghetti and not much else. So this Baked Risotto with Ham was quite a revelation!

When I was 15 I read a cookbook that included a recipe for risotto, and I wanted to make it right away. So I asked my mom to get arborio rice, the short-grain rice that is used to make this classic recipe. But our local grocery stores didn’t stock this type of rice.

I made the recipe with long grain rice. And it was good! In fact, my recipe for Chicken Risotto (which will be posted later) is still one of my favorites.

When the internet made online shopping possible, one of the first things I purchased was arborio rice. This short grain rice makes perfect risotto because as it cooks, it releases a type of starch that thickens the liquid the rice is cooking in. There’s nothing creamier or more indulgent than a well made plate of risotto.

Most risotto recipes cook on the stovetop. You need to stand there and stir pretty much constantly for about half an hour. It’s a good idea to have someone you like talking to in your kitchen for this type  of recipe!

You can make this recipe with shrimp, or cooked sausage, or small meatballs, or with no meat at all, for that matter.

Tips for the best Baked Risotto with Ham: