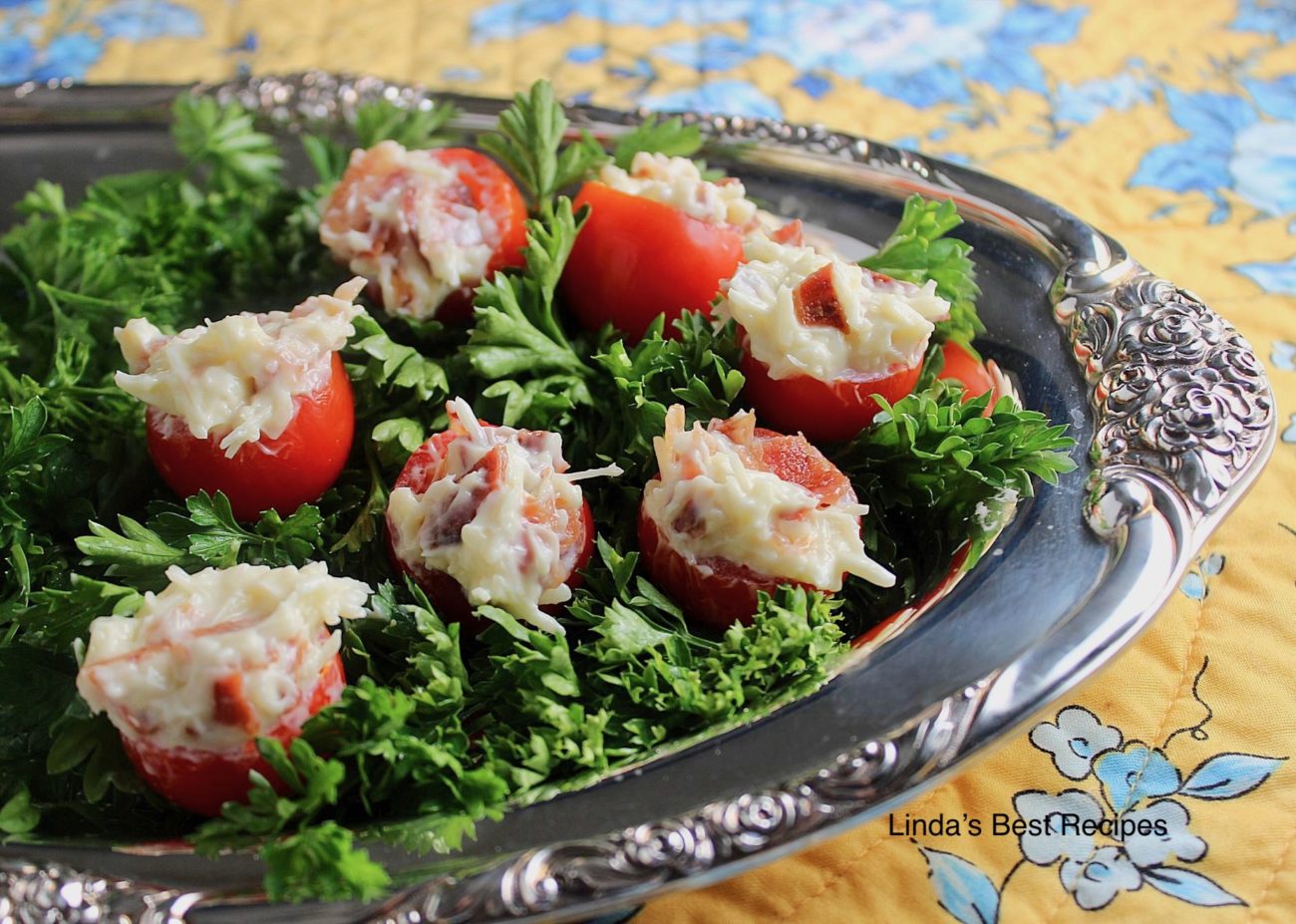 The combination of salty cheese,
savory and crisp bacon,
sweet tomatoes,
tangy mayonnaise,
and sweet salad dressing
is just the best thing ever.

I have been making this fabulous appetizer recipe for Bacon Stuffed Cherry Tomatoes for decades. I first found it in a cookbook about 30 years ago and changed it to make it my own. The only secret to this recipe, besides making sure you use really good cherry tomatoes in season, is to use all full fat ingredients. Low fat or diet stuff or artificial anything has no place in this recipe.

The secret ingredient in this recipe is the same one in My Mom’s Potato Salad (yes, that’s the official name of that recipe): Miracle Whip.

Don’t scoff. Miracle Whip adds a great tart sweetness that echoes the sweetness of the tomatoes. In fact, in Ann Hodgman’s book “Beat This!” she challenged anyone to come up with a better potato salad recipe than hers. In her next book, “Beat That!” she acknowledged that yes, adding Miracle Whip to potato salad makes it so much better. Plus bacon, but that’s another story.

While this recipe is best in summer when cherry tomatoes are in season, one of the nice things about cherry tomatoes is that you can find pretty good ones year round. But if the only ones in the market are woolly, forget it. Make something else.

At any rate, you have to try this recipe once before you die. It’s that good.

Why this recipe for Bacon Stuffed Cherry Tomatoes works: