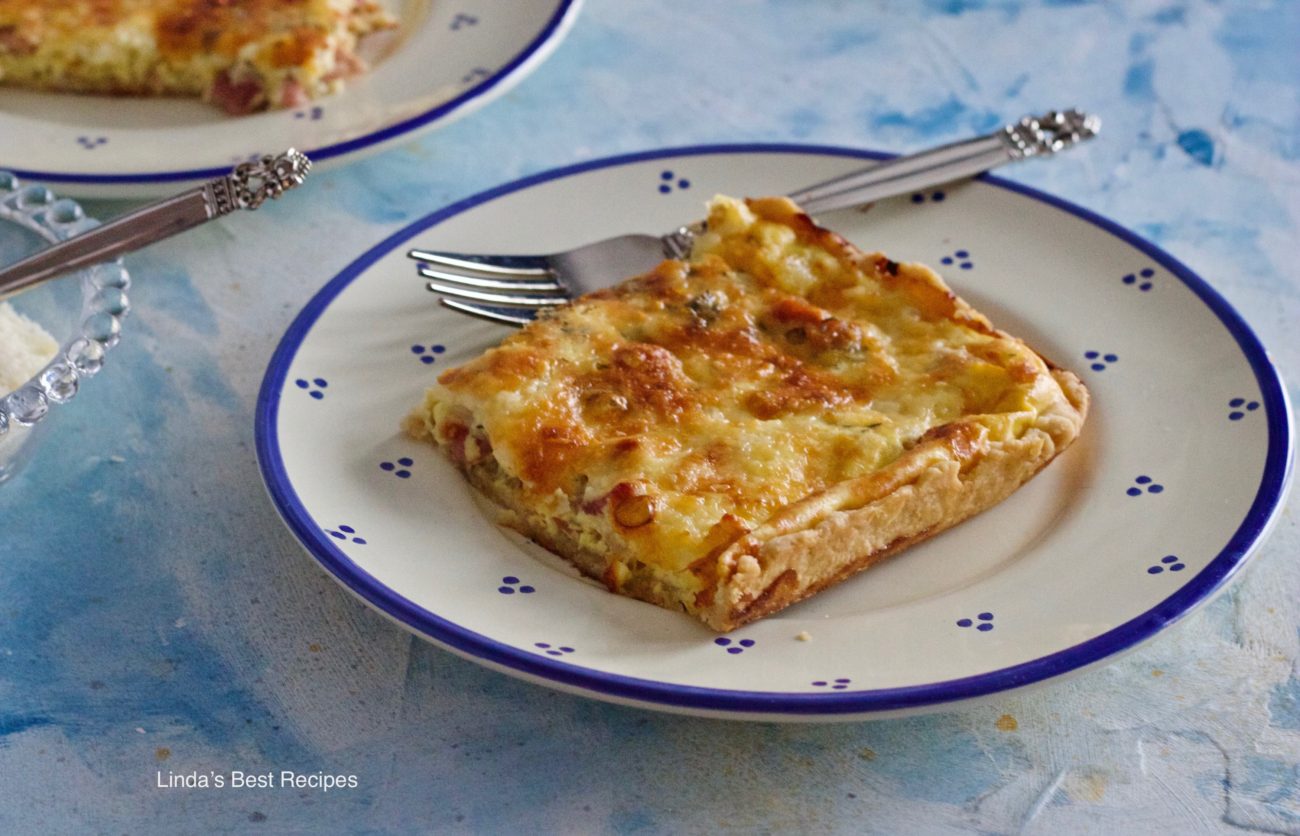 This delicious, creamy ham and cheddar slab quiche is baked in a flaky pie crust.

Slab pies are all the rage. They feed a crowd and are more interesting than quiches or ordinary pies. This recipe for Ham and Cheddar Slab Pie is but one example.

I have been making these types of recipes since the 1970s. Beef Cheese Slab Pie was originally a Pillsbury Bake-Off recipe. It used crescent dough for the crust.

I make it using my own Hot Water Pie Crust recipe, and changed the filling. This recipe is one of my all-time favorites, and I make it often to this day.

To get the crust into the pan, don’t roll it out. Just drop the dough into the pan in lots of little pieces and press it out so it fills the pan completely and smoothly. Push it up the sides so the crust holds the filling. It takes some time, but this can be a contemplative activity!

But why not change the filling to make a completely new recipe? I had some ham in the freezer that was leftover from Easter, and thought this pie would be really good with some cheddar cheese.

Tips for the best Ham and Cheddar Slab Pie: