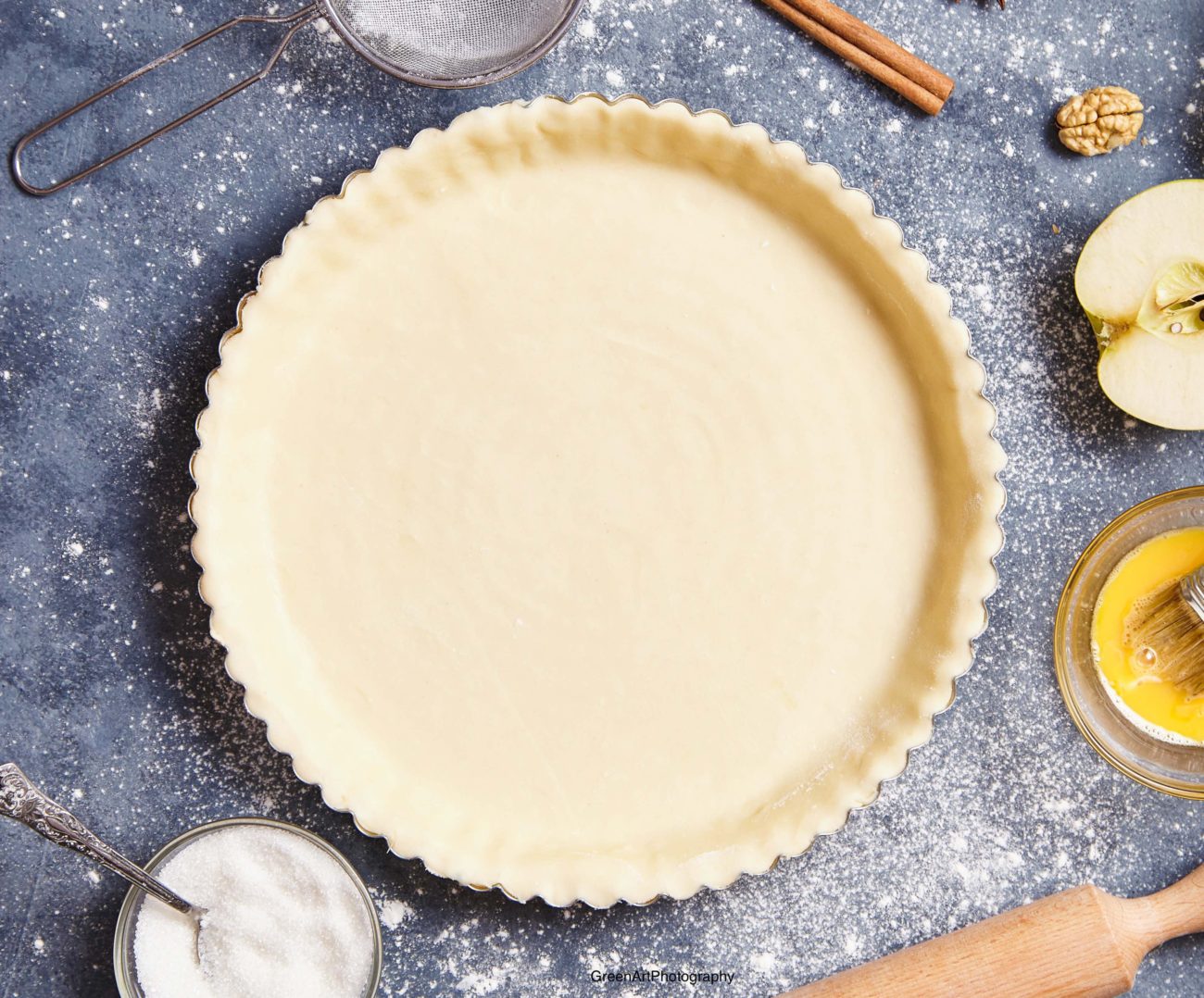 Yes this fabulous flaky and tender pie crust recipe is made with hot water. It's so simple and perfect.

Before we get to this recipe for Hot Water Pie Crust, a little history lesson  and some food science.

I have been making hot water pie crust for decades. The process is actually quite simple: combine flour and salt, with a little bit of sugar if you are making a dessert pie. Cut in butter or shortening with a pastry blender or two knives. Then add ice cold water until a dough forms, roll it out, and put it in a pie pan.

But did you know you can break all of those rules and make a really tender and flaky crust?

My family found a variation of this recipe in an old Good Housekeeping cookbook. And I have stuck by it ever since, after making some pretty significant changes in amounts and the types of ingredients used.

This is a hot water pie crust. That means that all of the rules are broken. First, you whip together shortening and hot water and milk to make a fluffy mixture that looks like whipped cream. Then you add the flour all at once and stir until a dough forms.

Because this pastry is made backwards, beginning cooks don’t have to worry about overworking the dough, or keeping it cold, or cutting in the shortening too much or too little.

So if you are afraid of pie crust, try this recipe. If you can measure ingredients and manipulate a fork, you’re golden!

I use this full recipe to make Beef Cheese Slab Pie, Italian Meatball Spinach Pie, Ham and Cheddar Slab Pie, and Bacon and Cabbage Tartlets. Half of it is used for Fabulous Cheese Quiche, Fudgy Peanut Butter Mousse Pie, and Truffle Tart. I used to make half of the recipe for one-crust recipes, but then realized that I could freeze the other half so I wouldn’t have to start from scratch when I wanted a single crust pie. So always make this full recipe and freeze the other ball. You’ll be much more willing to make pies if you have a crust ready in the freezer. Just let it thaw at room temperature for a couple of hours before you are ready to bake, then roll it out and continue with the recipe.