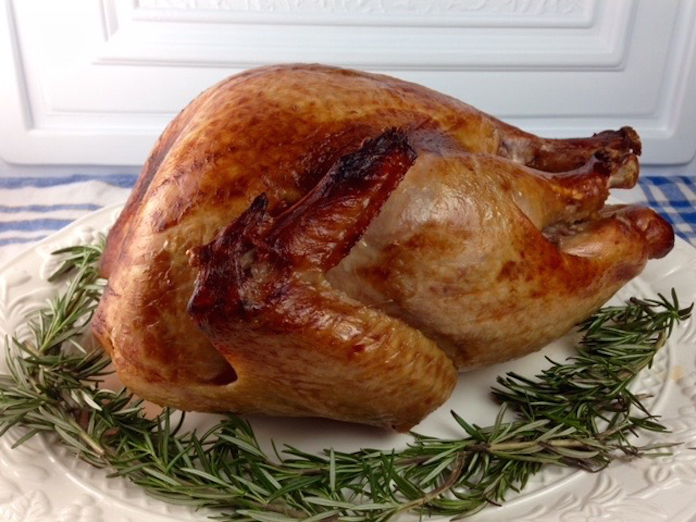 Thanksgiving is a very personal holiday for Americans. We all have traditional recipes we serve on this day. And family recipes that have been passed down through the generations are important to everyone.

But what if you don’t have cherished recipes? What if your family always went out to dinner on Thanksgiving? You can search the web for ideas. But I have the recipe for the best Thanksgiving turkey.

Ideally, the best Thanksgiving turkey should be moist and tender, with a crisp bronzed skin and juicy, flavorful meat. Handling this big bird can take some experience and practice.

The secret to the best turkey is in the preparation, cooking, and basting. Let’s work backward on all of these steps.

Poultry should always be cooked to 165°F for food safety reasons, of course. But many times Thanksgiving turkeys are overcooked just because the cook is afraid of serving an undercooked bird. Follow timing and cooking instructions carefully and use a reliable and accurate food thermometer to avoid that issue.

Basting a turkey can make the skin brown and crisp, and it adds flavor to the bird. Turkey should be basted no less than six times during the roasting process. That’s not a scientific number; it’s just the number I use.

But there’s really no way to get flavor inside the turkey other than brining. And have you tried brining a turkey in a liquid solution? I don’t think there are many refrigerators big enough to hold a 14 pound turkey in a pot with all that liquid. And if there were, just the mechanics of hauling around that pot, which can weigh 50 to 70 pounds, are overwhelming.

So dry brine your turkey. Make sure that when you buy the turkey it has not been injected with any solutions and hasn’t been treated with salt, sugar, or seasonings. Buy a fresh turkey from a co-op or order it specially from your butcher. Then make my dry brine, rub it into the turkey skin and flesh and inside the cavity. Let the turkey stand in the fridge for one to three days. Then roast (and baste) to crisp and juicy perfection.