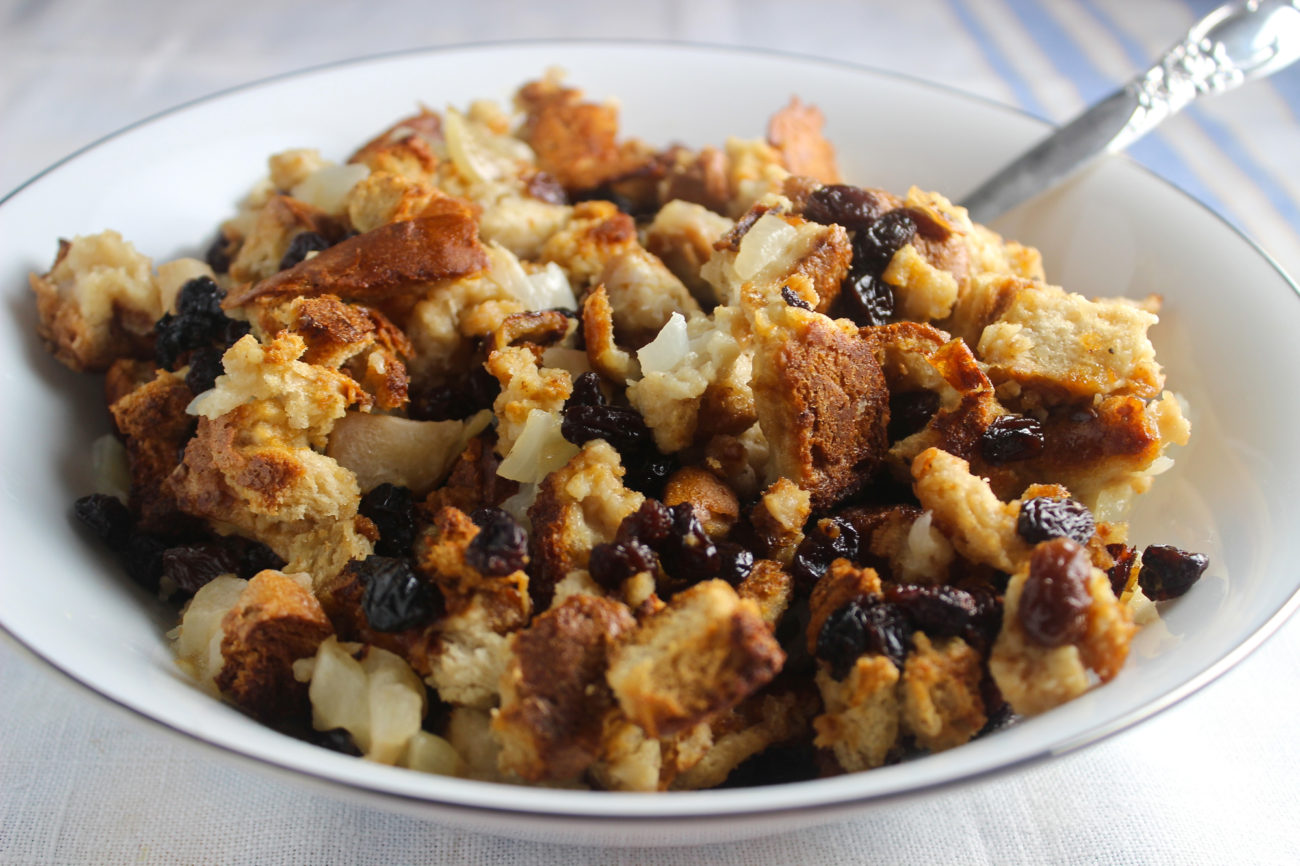 The best Thanksgiving stuffing recipe comes from my great-grandmother. It is perfection.

Yes, I know that there are tons of stuffing recipes for Thanksgiving out there. Yes, I know you probably have your own favorite stuffing recipe. But My Great-Grandmother’s Stuffing Recipe is better than all of the others.

How do I know? Because every single person who has tasted this stuffing loves it and uses it every year. The recipe is deceptively simple, but has so much flavor.

Most stuffing recipes use some type of meat, especially sausage, which I think is redundant. The original recipe did not have meat, but I added some bacon because it is really delicious with the apples and raisins. And I added some pecans for crunch. If you want to taste the original dressing, just leave out the bacon and pecans.

Did I say apples and raisins? Yes. This stuffing is sweet. And it’s perfect with juicy turkey and salty and creamy gravy. Oh – and about the bread. Oatmeal bread is the best because it has texture and flavor but isn’t too heavy. Stuffing should never be heavy. Pepperidge Farm Oatmeal Bread is the brand I prefer.

Caveat: The original recipe did not use pecans or bacon. You can omit those for the pure version, but I think they really do make this perfect recipe even more perfect. And I don’t care how unreasonable that sounds.

So try this recipe this year. I promise you’ll become a convert.

Tips for the best My Great-Grandmother’s Stuffing Recipe:

Why My Great-Grandmother’s Stuffing Recipe works:

Best Carrot Cake In the World The Best Turkey Gravy