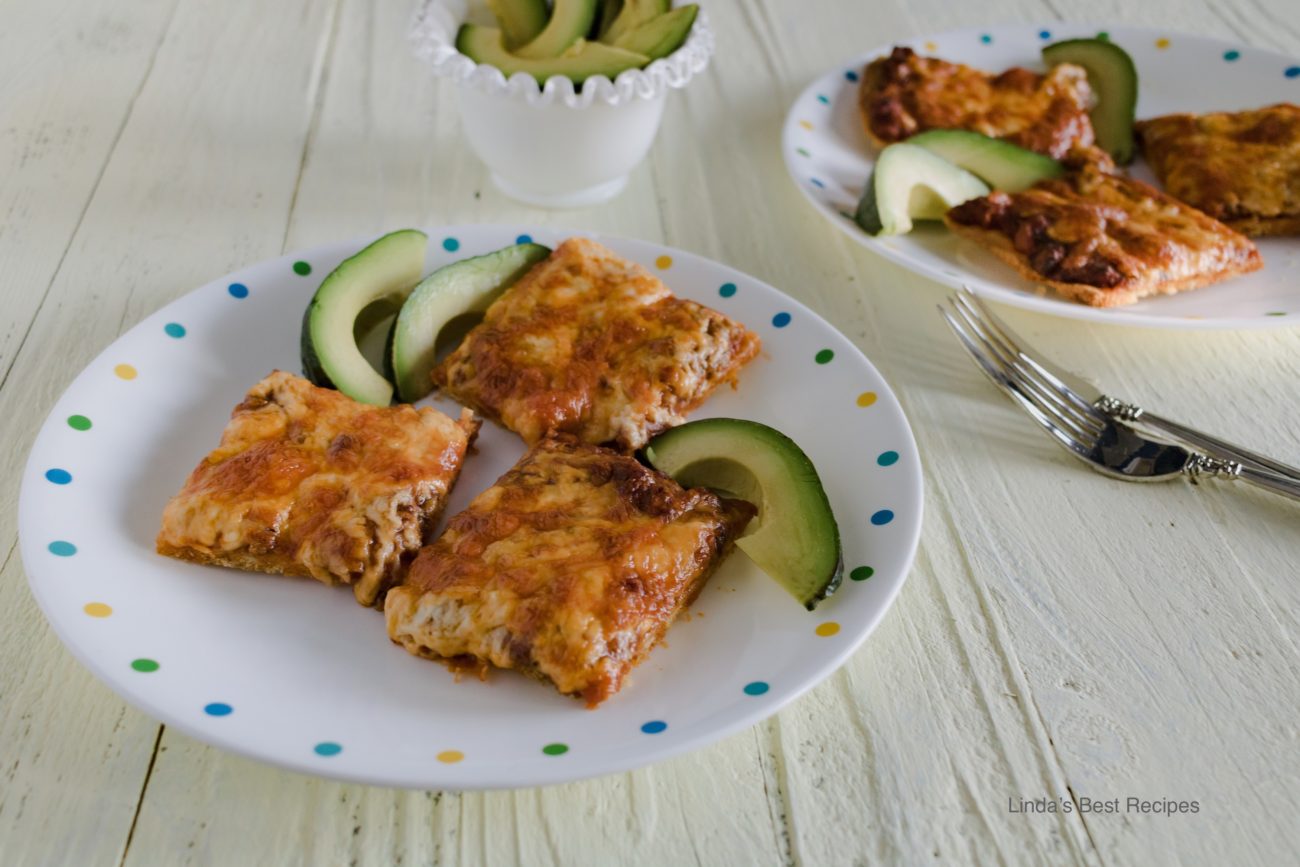 For Cinco de Mayo, all you need is Mexican Pizza. Period.

As I was shooting this photo, I realized something strange about the Midwest. We cut our pizzas into squares, not triangles – even round pizzas. It’s not just homemade pizza that’s cut this way – pizza we buy from our local pizza place is cut into squares too.

This cut is called the “party cut” or the “tavern cut.” Theories about this weird cut range from making more pieces to serve more people to the idea that some people don’t like the edges of the crust.

Anyway, I have developed a lot of recipes in my time. But none has the lasting appeal of Mexican Pizza, the first recipe I ever created. This fabulous pizza has the most wonderful taste, texture, and appearance and remains my favorite recipe after more than 30 years.

I was working at Green Giant in Minneapolis and in the test kitchen, home ecs had developed a pizza made with refried beans. I got to taste some of it, and could not get the flavor out of my head. That product never made it to development.

But this recipe did.

The refried beans in the sauce is the secret ingredient – well, that and the taco sauce.

You must make the cornmeal crust to go with this recipe. The filling is quite dense, and only this crust will stand up to it.

I usually make the crust in the morning and let it rise all day, then it’s pretty easy to put together the rest of the pizza before dinner.

And I really prefer the taste of dried refried beans you rehydrate yourself. They have a much richer and fresher taste. If you can’t find them, or if you don’t want to use them, substitute a 16 ounce can of refried beans.

Enjoy every bite of this fabulous recipe for Mexican Pizza. And make Fudgy Peppermint Bonbon Dessert for, well, dessert!

Tips for the best Mexican Pizza:

Linda is a bestselling cookbook author and home economist who has written 50 books (49 cookbooks and Medical Ethics for Dummies) since 2005. She has worked for Pillsbury since 1988, on the Bake-Off and other projects. Linda has been a web presence since 2002, developing recipes and teaching people how to cook.

Beef Cheese Slab Pie The Best Fudge in the World