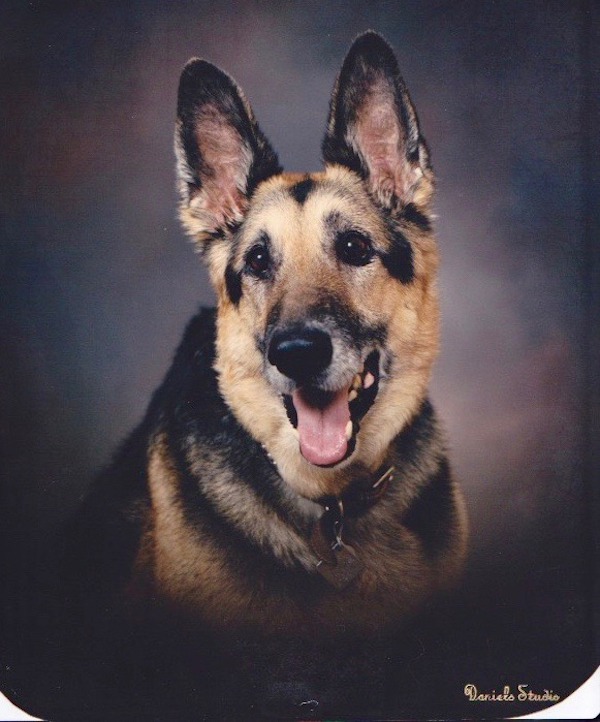 Check with your vet, then make this recipe for Puppy Meatloaf as a treat for your pet.

Before we get into the recipe for Puppy Meatloaf, a story. When I was young, we had the best dog in the world. She was a purebred German Shepherd from Chell Peterson. Her name was Naschafa von Buckman (she was from an “N” litter and that was her legal surname) whom we called Schafee. 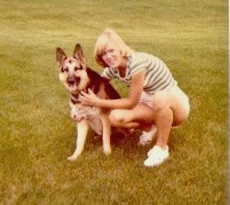 She had dozens of champions in her bloodline, and she developed quite a reputation around the county. She pinned a Sears television repairman against the fireplace, and after that, every repairman who came to the house first asked, “is that dog locked up?” But she was very gentle too. She once saw a woodchuck and ran toward it, barking ferociously, and did nothing but knock it over. Then she stood there barking at it.

My husband was the first person to try to breach the fortress of my family and Schafee and he did not have an easy job. He came to pick me up one day and Schafee came trotting around the corner of the house. He waited for someone to follow her, but she was alone.

So she saw him and charged toward him, barking with all her might. She bounced off him (I don’t think she knew how to bite in anger), and he then used the magic words, “Schafee, is it going to RAIN? Is there going to be THUNDER? Are you going to have a BATH?” And she ran back around the house, terrified.

When she wanted something, she would gently take your hand in her mouth (this probably looked pretty startling) and would firmly lead you to her bowl, or a ball or other toy. Her favorite game was chasing rocks. For a while, we thought of writing a book titled, “Real Dogs Chase Rocks.”  And she was so loving and affectionate, but only to the family. The picture is of me and Schafee a million years ago.

Mrs. Peterson developed this recipe (which I have changed a bit) to feed to the puppies as they were weaned. She was YEARS ahead of her time, since now many people feed their dogs homemade food.

This recipe for Puppy Meatloaf has saved the lives of several puppies who wouldn’t eat anything else. One little puppy refused to eat. Her family put some of this Puppy Meatloaf down in front of her and she took a hesitant sniff, then licked it. Then she gobbled down the whole thing and she is now a healthy, happy dog.

I don’t pretend that this recipe is completely balanced, and in fact we fed it as a supplement, but it’s good for your dog. You can change it yourself as needed, since some dogs are allergic to wheat. Use oat bran instead of the wheat germ; use gluten-free bread, or add anything from flax seed to bran.

Of course, check with your veterinarian before you feed your dog anything other than commercially prepared dog food, which is balanced with the right nutrients your dog needs.