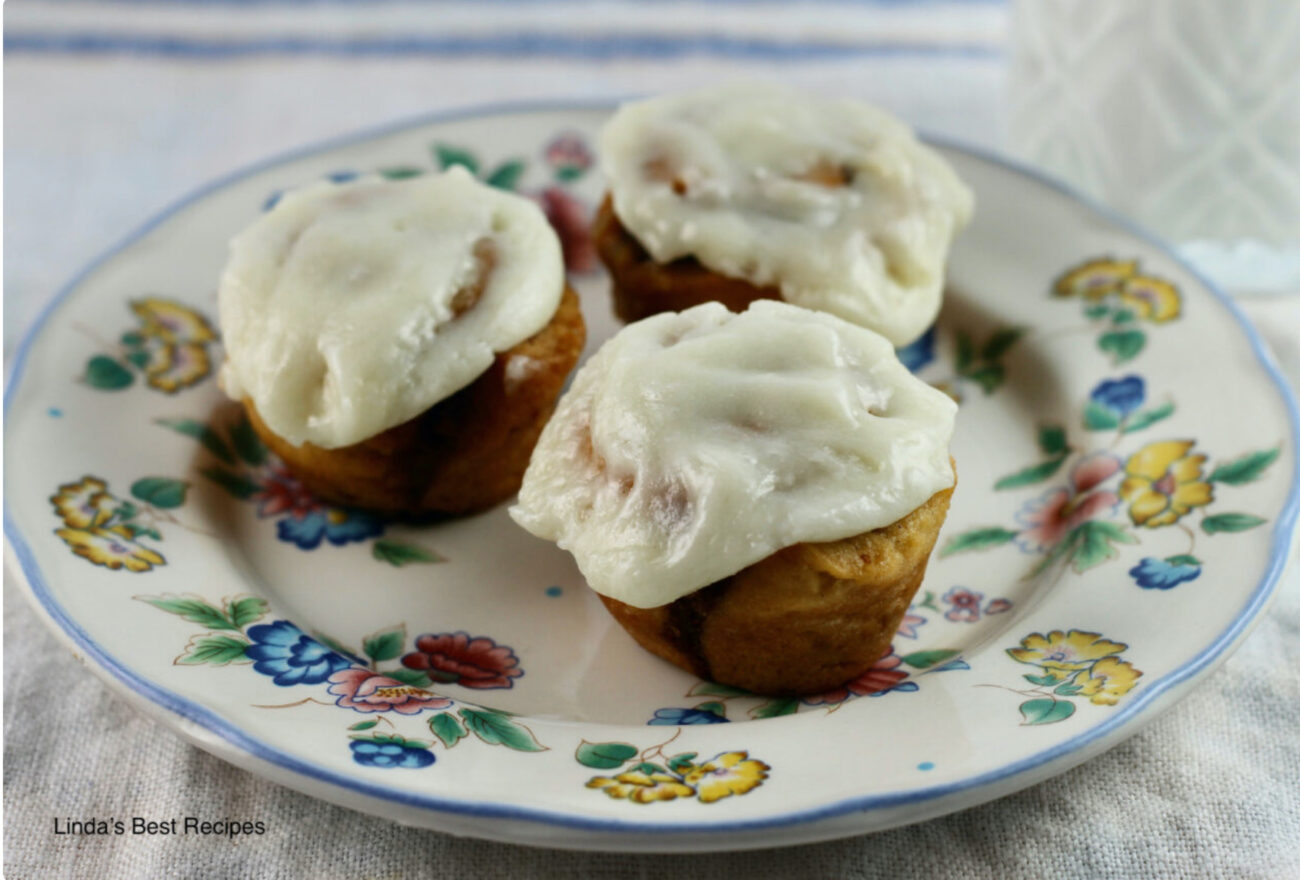 I love cinnamon rolls and have been making them for decades. There’s nothing better for a special breakfast or brunch, especially during the holiday season. The bigger the better. I love them packed with cinnamon and brown sugar and frosted with lots of velvety frosting. But, let’s face it, sometimes less is more. These Mini Cinnamon Rolls are a case in point. They are so cute, and so good! And they are much easier to eat than a big, melting cinnamon roll.

These Mini Cinnamon Rolls start with puff pastry, which I think makes a fantastic cinnamon roll. Puff pastry would not work to make larger rolls, but it’s perfect for these little bites. The filling is a combination of butter, brown sugar, and cinnamon; that’s it! I think that mixing the butter with the sugar makes for a better filling. It becomes creamy, and the richness of the butter accents the caramel flavor of the brown sugar.

And the frosting – cream cheese with browned butter! Wow – enjoy these rolls soon. This recipe makes 48 little rolls. Figure on two (or four or six or eight) per person. Serve with some scrambled eggs and crisp bacon for a wonderful breakfast anytime, but especially for Christmas morning.

Why this recipe for Mini Cinnamon Rolls works: