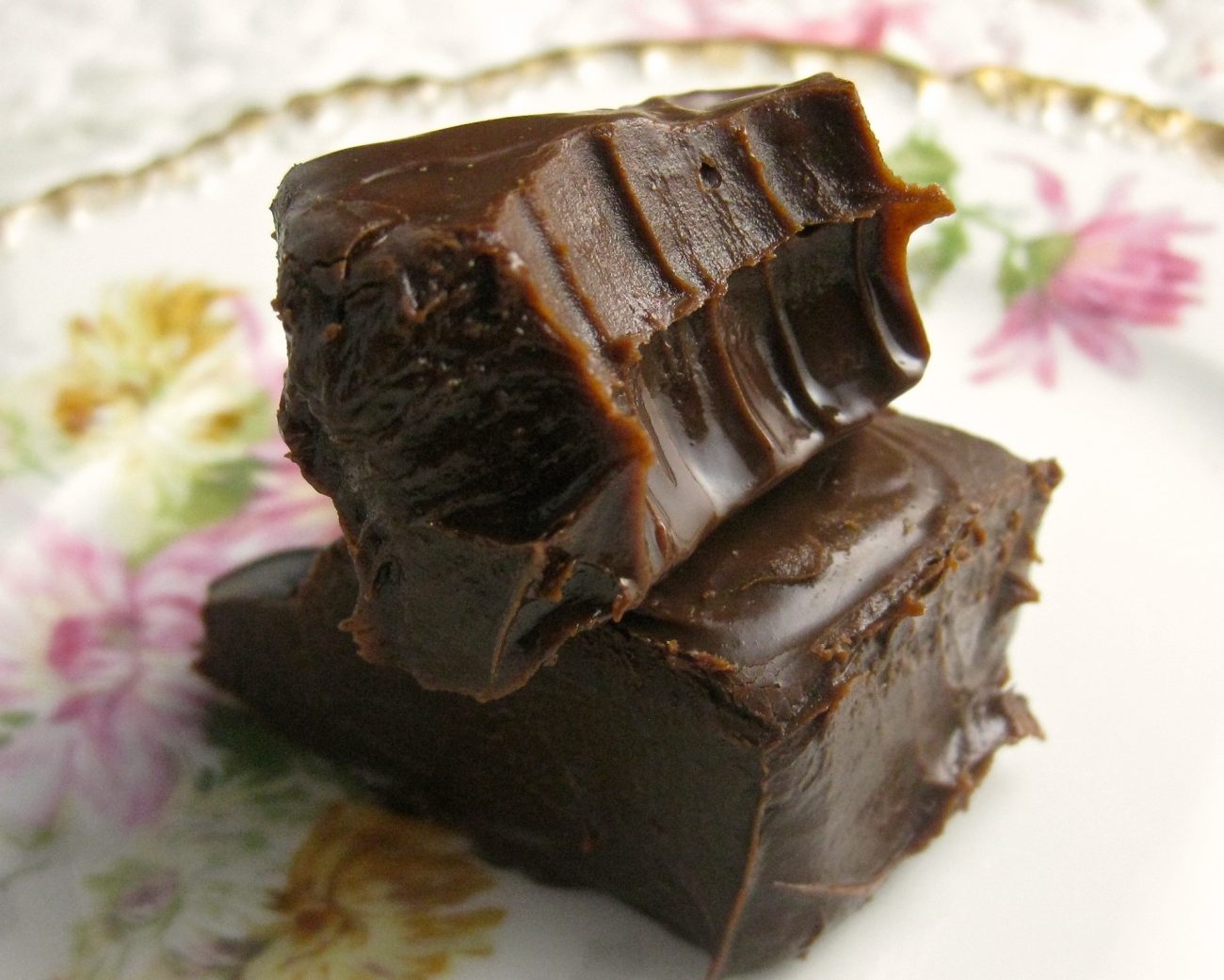 The Best Fudge in the World

This is the best fudge in the world: a cooked sugar syrup is cooled and beaten until creamy and velvety.

As a chocoholic, I have tried many, many fudge recipes over the years. There is super quick fudge, which you make by melting together chocolate chips and sweetened condensed milk. There is Million Dollar Fudge, which is made by boiling sugar and milk, then adding chocolate chips and marshmallow creme. But this – this – is the recipe for the best fudge in the world.

And then there is this scratch recipe, for the best fudge in the world, that is cooked to (just below) the soft ball stage. This is the most difficult of all fudge recipes, but it’s the best simply because it is made in the traditional way.

When sugar and milk are boiled together, the sugar first dissolves, then it concentrates. Water from the milk evaporates, which brings the sugar percentage up to some crucial points. At “soft ball stage,” which is about 236°F, the sugar concentration will turn the mixture into a soft solid when it cools.

Most recipes call for cooking the mixture to 238°F, which I think is too high. I want fudge to be firm enough to pick up, but soft enough so it dissolves almost immediately in your mouth, leaving behind a slight graininess. I cook my fudge to 234°F. That makes a softer fudge, and you do have to beat it for a longer time period after the mixture cools. But the result is so worth it.

You do need a candy thermometer for this recipe. And make sure it’s accurate. Put the probe into boiling water; it should measure 212°F. If it doesn’t, you’ll have to keep track and adjust the temperature reading accordingly.

By the way, for the most decadent treat in the world, put this fudge on top of a brownie! (Cut the brownie recipe in half and make it in an 8″ square pan.)

Tips for The Best Fudge in the World: