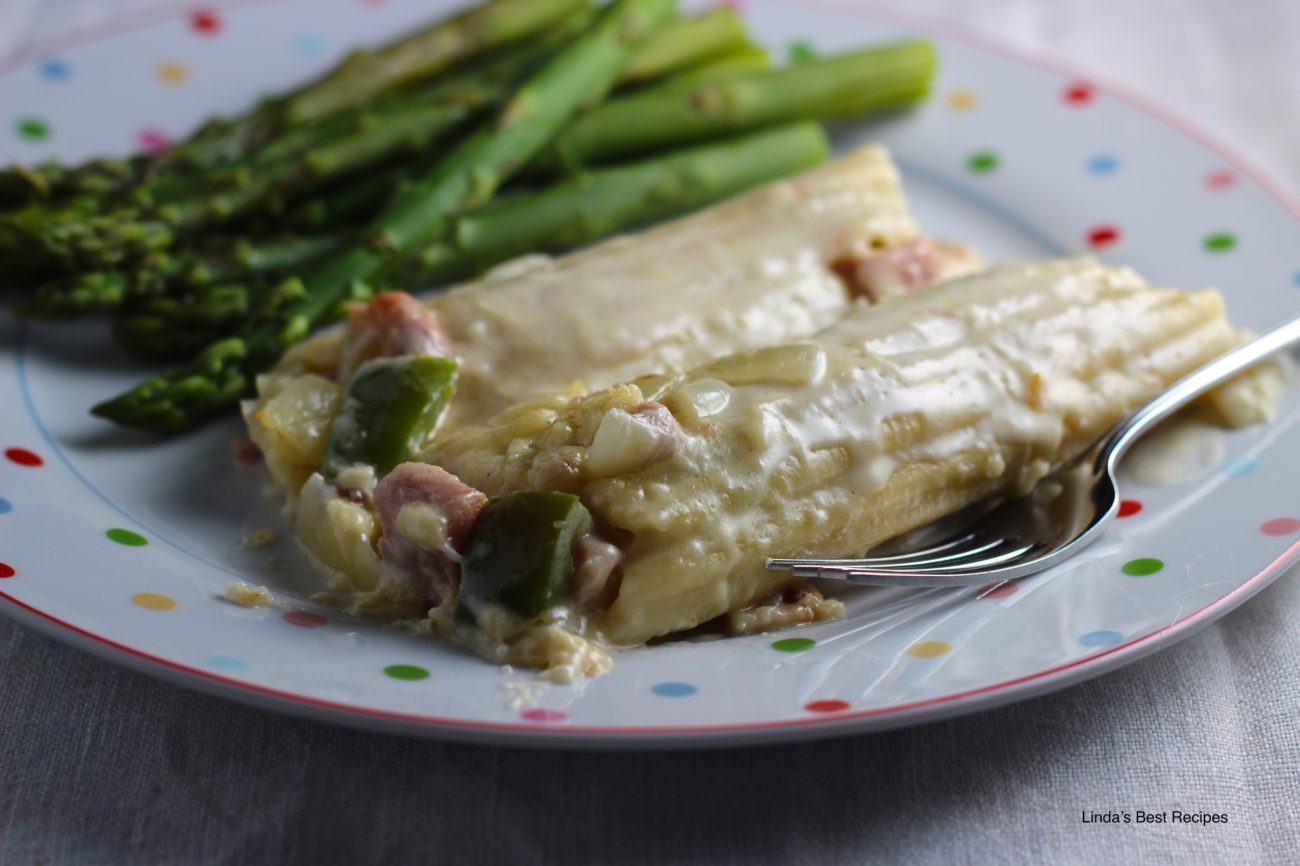 Eternity has been described as “a ham and two people.” Leftover ham can be a problem, but there are so many wonderful ways to use it. For instance, this recipe for Ham Stuffed Manicotti.

Manicotti (or cannelloni) is a big hollow tube of pasta that you cook and then stuff with just about anything. Ham, veggies, and cheese in a creamy sauce is my favorite filling.

You can use any veggie in this recipe if you’d like. I like to add corn, or use asparagus instead of the bell peppers. Use zucchini, or peas, or mushrooms too.

By the way, all ham should be frozen after you’ve had it for four days. Cut the ham off the bone if you have a bone-in ham, and chop or slice it. Pack into freezer bags, label, and freeze up to 4 months. To thaw, let it stand in the fridge overnight. NEVER thaw meat on the countertop.