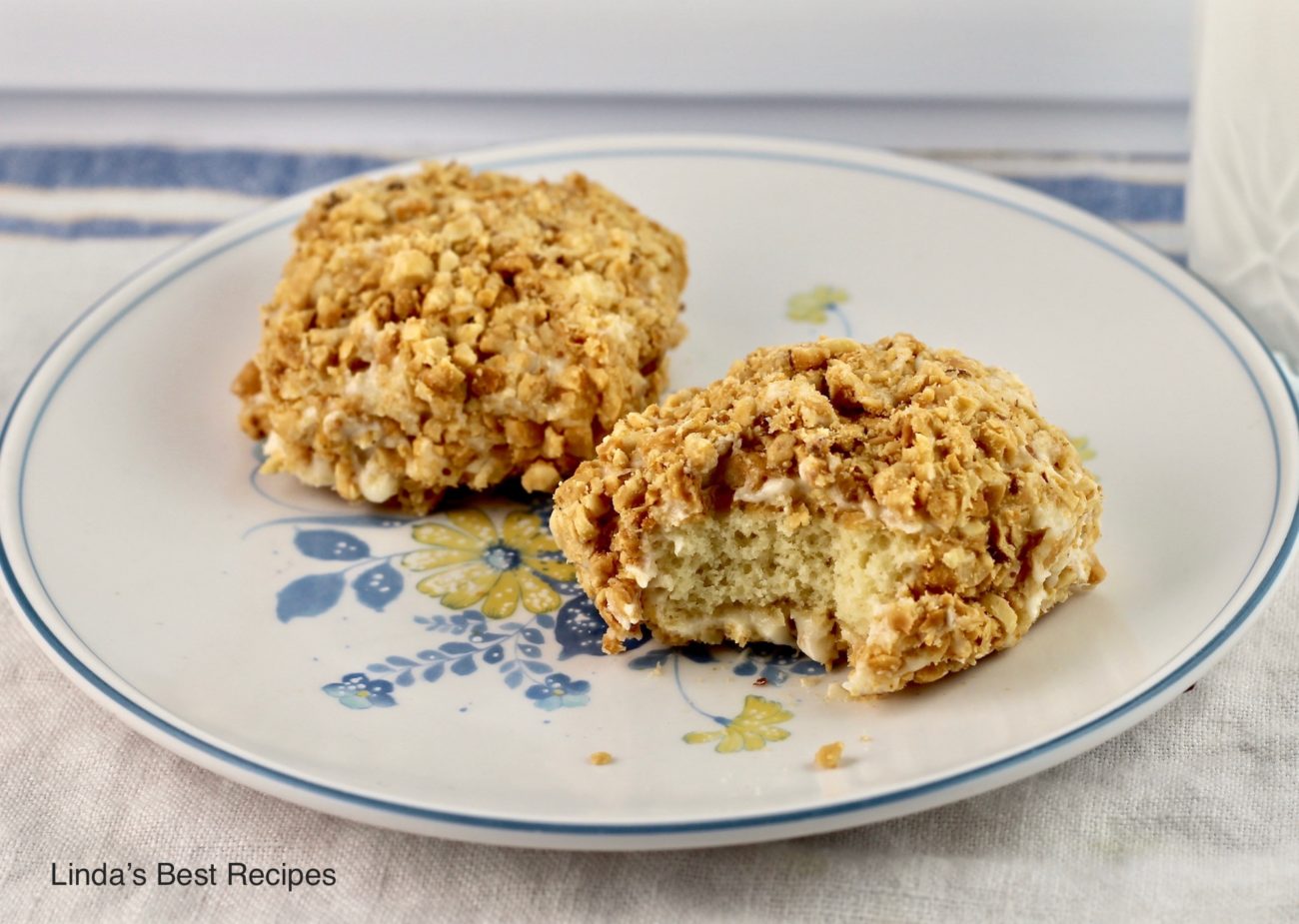 You will not believe how delicious these little frosted cake squares are. The tender cake is enveloped in smooth frosting and rolled in crunchy peanuts.

My Grandmother’s Frosted Peanut Squares is a classic old-fashioned recipe that comes from my grandmother Matha. My mom remembers her making them for picnics. Just think – with everything involved in a picnic decades ago, Matha made these little cakes from scratch!

The tender cake is cut into squares, frosted on all sides, then rolled in chopped peanuts. Use my Creamy Buttercream Frosting; it’s the best.

It’s kind of messy to frost the little cakes. Here’s how I do it: frost the top, then the sides. Have the bowl of chopped peanuts ready. Turn the little cake upside down and plop it into the peanuts, then frost the bottom of the cake. Then roll it around in the peanuts.

This recipe is a bit of work, but it’s not difficult – it just takes some time. So put some tunes on, and settle in.

Every bite will be worth it.

Tips for the best My Grandmother’s Frosted Peanut Squares: