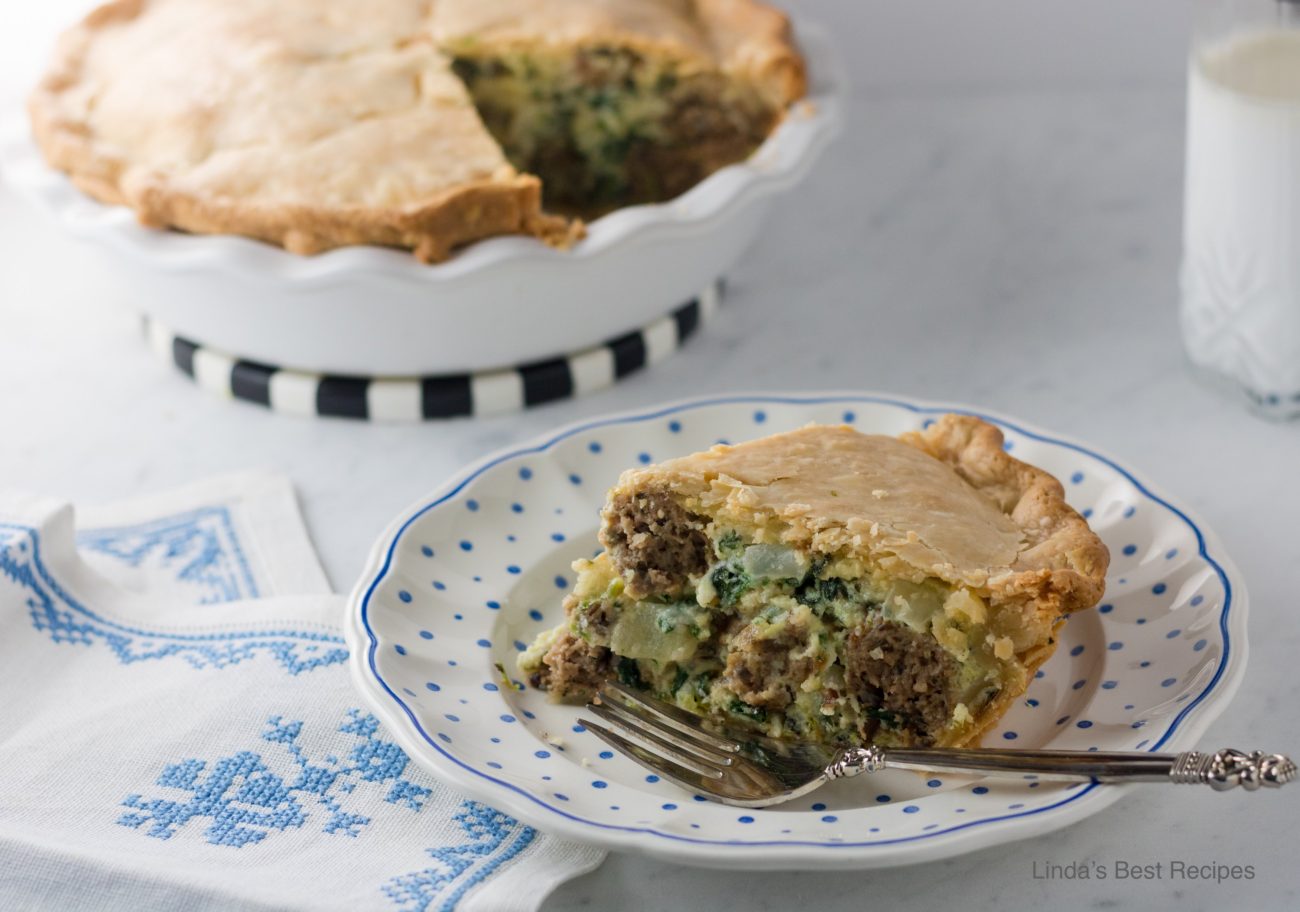 This big and hearty pie will feed a crowd. The rich combination of spinach, cheese, onions, and meatballs is sublime.

Every winter, it’s easy to fall back on familiar old things, such as recipes you treasure, foods that are comforting, and the same old meals. But after a while, repeating yourself gets uncomfortable. Time to spice things up with Italian Meatball Spinach Pie.

Everyone has had pie, of course. Pie is wonderful. Pie is the stuff of life. Cherry pie, apple pie, blueberry pie, chocolate pie, and even fancy pies like salted caramel banana toffee pie  (and my Fudgy Peanut Butter Mousse Pie) are pretty common. Now it’s time to turn to savory pies. And no, not a quiche!

This hearty two crust pie was originally made with cooked Italian sausages. That ingredient can be pretty irritating to cook. You have to brown the sausages, make sure they are cooked through, drain them, then cut them into bite size pieces while the casing falls off and you softly swear under your breath.

Use precooked meatballs instead of the sausage! My favorite kind is the No Name brand, of course.

That ingredient change made this recipe easier to make. I wouldn’t say this is an easy recipe, but it’s doable. You just have to master pie crust! And that’s super simple with my easy and foolproof recipe for Hot Water Pie Crust.

But if you aren’t a pie baker, use a refrigerated pie crust dough. They aren’t quite as good as homemade, but let’s take things one step at a time.

When you bring this beautiful pie to the table, people will gasp. It looks impressive. It’s high and gorgeous and stuffed full of cheesy filling and browned and the aroma is incredible.

It’s just what you need to propel yourself back into the world. And fortify yourself against the bad stuff.

Tips for the best Italian Sausage and Meatball Pie: