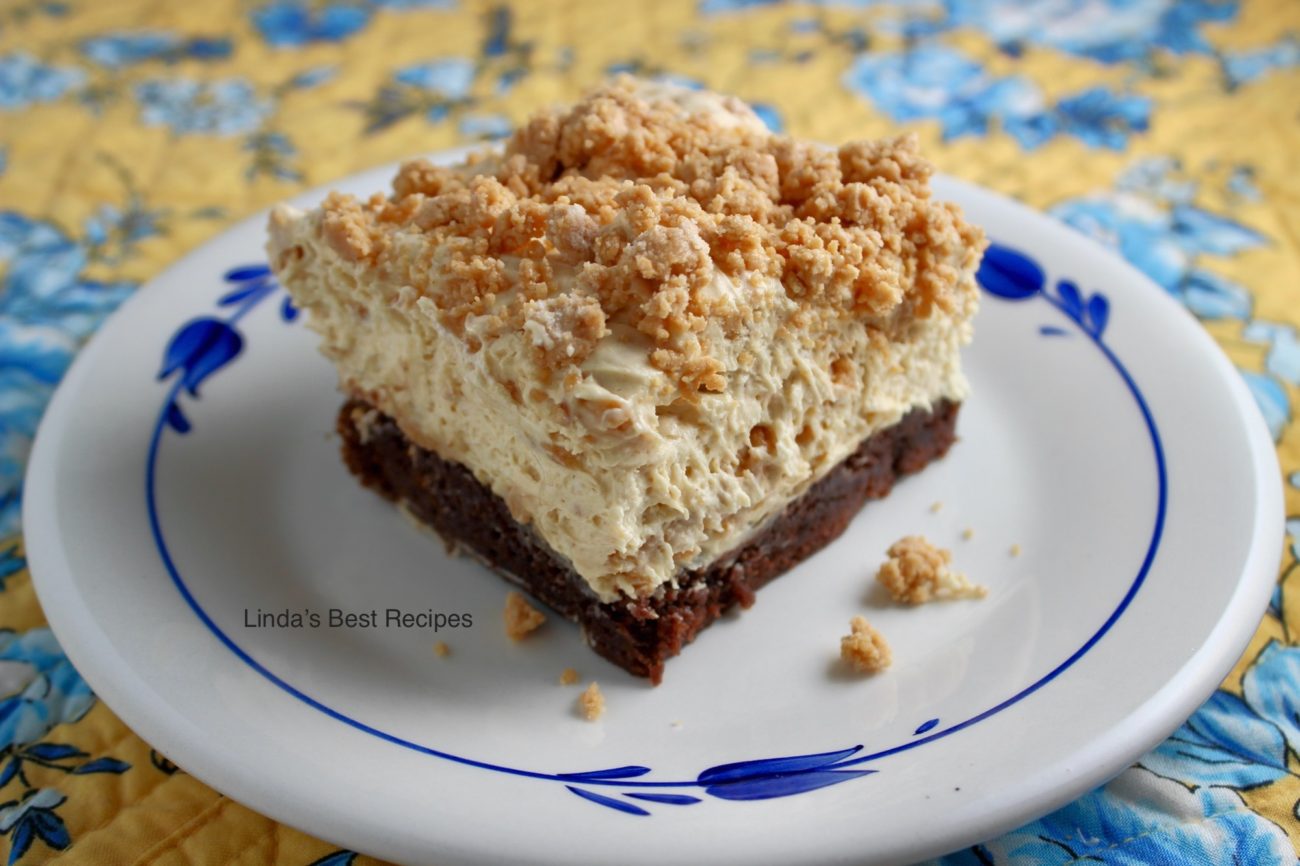 This spectacular dessert, with a creamy brownie topped with a rich peanut butter mouse and candy crumbles, will stun your guests.

This fabulous frozen dessert recipe for Peanut Brownie Parfait Bars is one of my best ever. It’s insanely rich so you have to serve it in small squares, making it perfect for any summer holiday party. A rich brownie base is topped with a peanut butter cream mixture lightened with whipped cream, studded with bits of peanut butter cup center.

You can make this dessert in stages. Make the brownie one day, then make the peanut butter cream filling the second day, and assemble the dessert. You can use a brownie mix to make the base, but really, try it my way first. This scratch brownie is one of the best ever.

Although when you get that peanut cream on top, you could use house shingles for the base and people would still gobble it up.

But don’t try that.

This recipe uses a lot of pans (2) and bowls (4), but it is so worth it. When you take the first bite you’ll swoon.